Irene Hoppenberg (Berlin)
Vincent’s Bedroom
The color yellow is a visible theme in the artist's work: the color of light; the color of the south. Attribute it to her connection to Vincent van Gogh, who moved to Arles in the South of France because of the special light, because of the color yellow. It was there in France where many of van Gogh's most well-known pictures were created. The house he lived in was yellow; the different variations of paintings depicting the bedroom specifically have become one of his most famous motifs.


These were the same paintings that inspired Irene Hoppenberg's room installation at the Luise. With van Gogh's paintings on hand, she took this opportunity to create an actual space based on his images. The paintings then became a model for what the real room would look like.

Vincent's Bedroom is an artist's room at the "Künstlerheim." With images, bare furnishings, and simplicity it is meant to resemble the atmosphere and circumstances in which Vincent van Gogh lived. The artist wants to stimulate the imagination of the guests, who will be confronted with both the person and the work of one of the most famous artists in history during their stay at the hotel. Literature on the subject is also available to enable the process. 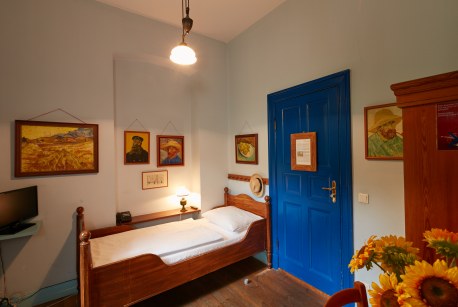 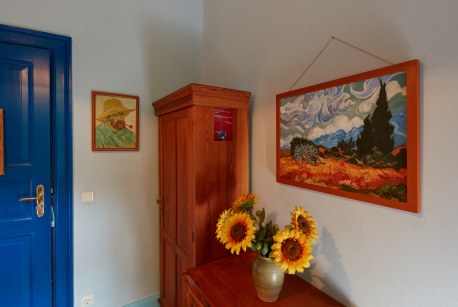 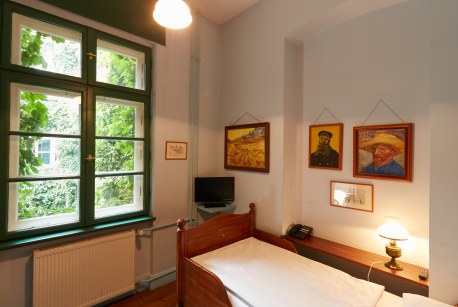 Studied at the Academy of Fine Arts, Munich

Lives and works in Berlin 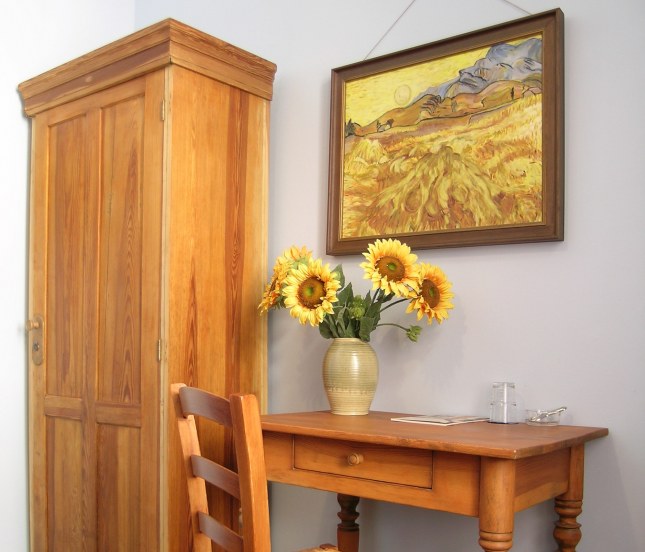