Marilyn Monroe is the ultimate embodiment of the American dream. Her biography can be likened to the story of Cinderella: a poor, little girl becomes a highly desirable, successful Hollywood star. From the orphanage to the presidential suite. But unfortunately without a happy end. During a mental crisis she becomes addicted to pills and dies at only 35 years of age on August 5, 1962. Still today, her death is a source of speculation and myth.

After her death Marilyn Monroe increasingly took on the dimensions of a pop star. Using the image of Marylin Monroe, Andy Warhol created images that were definitive of a new zeitgeist with his serially structured works.

Many of the art critics who have discussed the work of Heiner Meyer have almost automatically drawn parallels to Andy Warhol and Pop Art. Although this is understandable, it represents only half of the picture. This comparison suggests itself, because glamorous motifs, including portraits of Marylin Monroe, play a role in the current work of the Bielefeld artist.

However, there are unmistakable formal differences in his work. Warhol reflected on the growing influence of the media in our society and our consciousness, elevating popular images from the entertainment industry or the sphere of the everyday to high art.

Heiner Meyer's images operate very differently. The notion of an interplay between illusion and disillusionment, the creation and destruction of an iconic aura does not apply. Instead he confronts us with images that have already found a secure place in our collective memory. The French cultural philosopher André Malraux once spoke of our "musée imaginaire" as a way of making reference to the pool of images that we all carry around with us in our heads like the objects of an imaginary museum - which we can recall, imagine, and communicate at will.

Heiner Meyer produces these images once again from the recesses of the mind and infuses them with a new energy. An energy that necessarily comes through in his work, because he presents us with the image of a star familiar to us, but altered. Because he manages to effectively combine the representational and the abstract, painting and photography. Because he places the images in different contexts. Because he brings together different perspectives and scenarios in the images, and because he allows for gaps in which our imagination has room to grow and link others' stories with our own. This is also the case in his installation in Room 522 of the Arte Luise Kunsthotel. On a symbolic and associative level he plays with the various facets of this icon, suggesting both glamour and demise. Some like it hot! 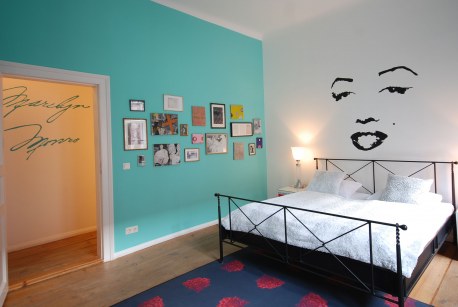 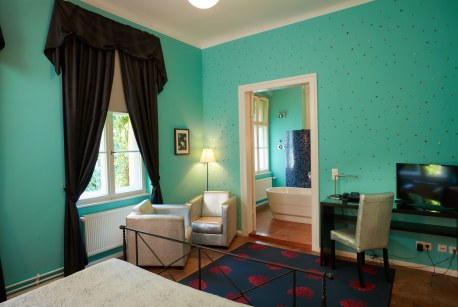 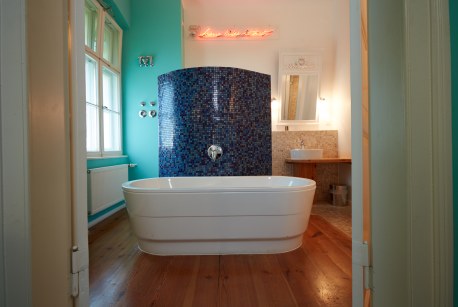 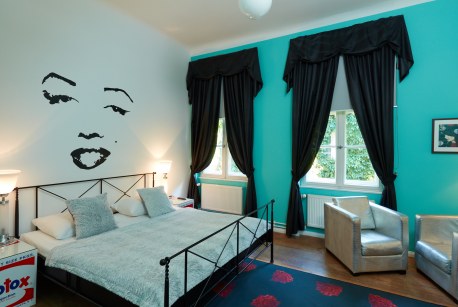 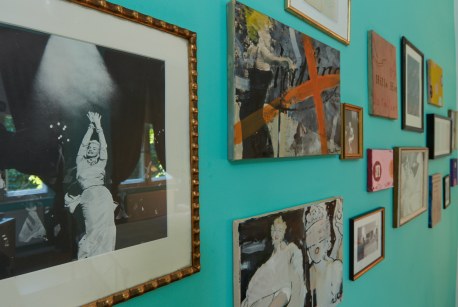 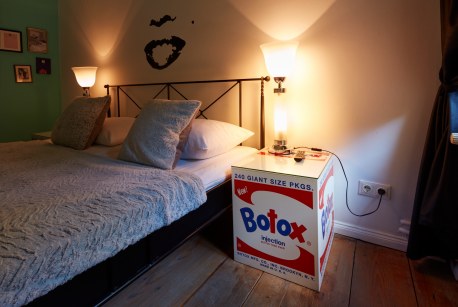 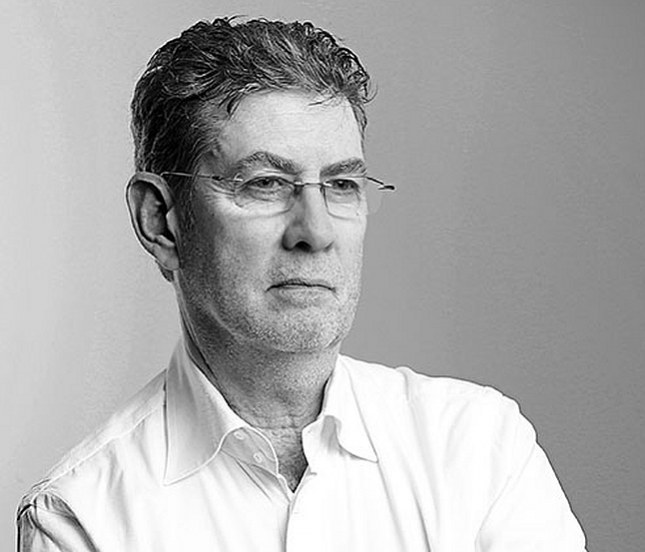